GST: Impact on the Logistics Industry 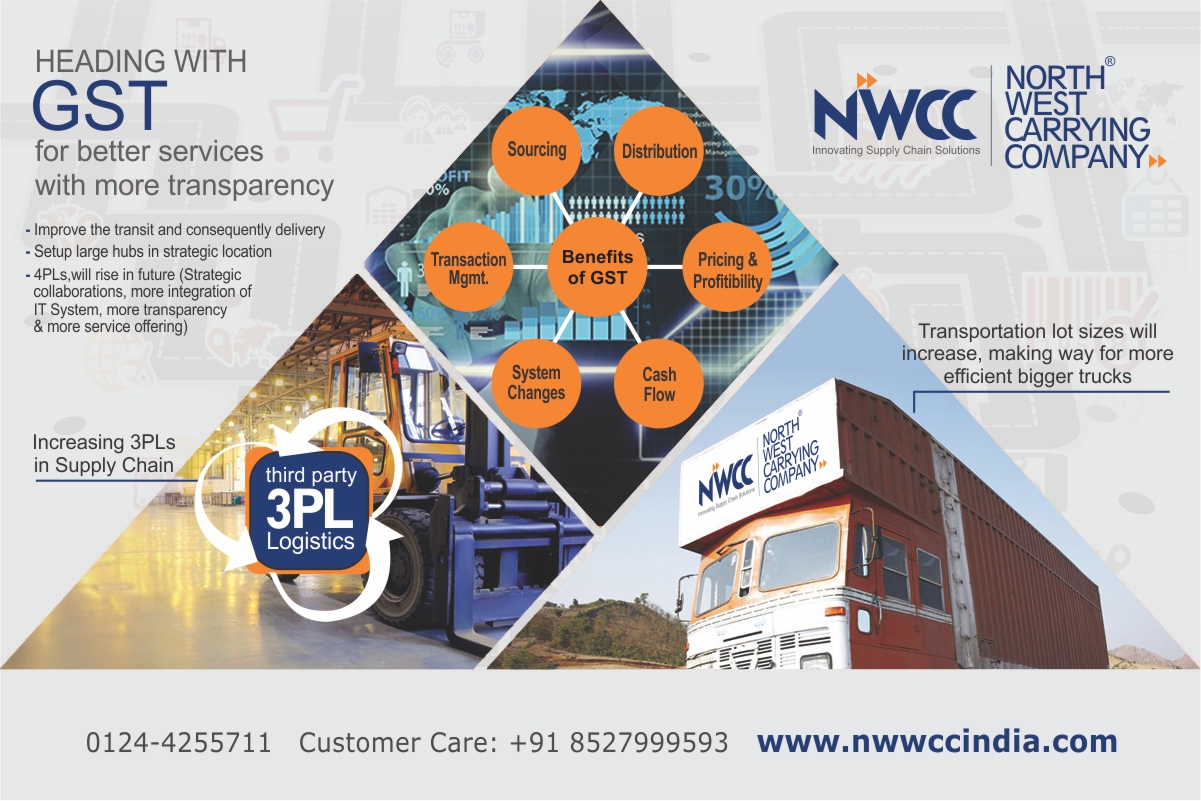 GST: Impact on the Logistics Industry

The system will change from the current production-based taxation to being consumption-based. Along with bringing about a semblance of uniformity in taxes across states, this is expected to increase efficiency and compliance in the system. A recent note from Global Research stated that although the growth impact of GST on the economy is difficult to quantify, a positive impact of 100-150 basis points (bps) can be considered assuming an “ideal” GST. One basis point is one-hundredth of a percentage point.

The government has a deadline of 1 April 2016 for implementation of GST, albeit a watered down version. Whether it is able to meet the deadline is debatable given the logjam in passing the Constitution amendment bill as a first step towards GST implementation.

The logistics industry in India was estimated to be worth USD 130 billion in 2013 and has been growing rapidly. While the logistics sector could be among the primary bottlenecks in driving economic growth, it will also act as a catalyst to realising India’s ‘manufacturing dream’ over the next decade.

Logistics companies in India have evolved over the years from being mere first-party logistics providers (1PL) to second-party logistics providers (2PL) to integrated fourth-party logistics providers (4PL) by providing a complete package of logistics services, including transportation, warehousing, pool distribution, management consulting, logistics optimisation, etc. and complementing them with advanced supply chain facilities. Alongside, the government has made considerable inroads into ensuring a favourable business climate. In one such initiative, the government has proposed to implement the Goods and Services Tax (GST), which promises to integrate India’s multi-layered indirect tax system into a single unified one, unshackling India from its bureaucratic web and improving the ease of doing business. The changes in the proposed indirect tax system could reduce transportation cycle times, enhance supply chain decisions, lead to consolidation of warehouses, etc. which could help the logistics industry reach its potential in terms of service and growth.

Warehouses and logistics are an integral part of an organisation’s strategic business plan and operations. A multiple warehouse strategy works well for inter-state sales as organisations in India usually operate warehouses in multiple states (one in each state). The organisation then declares the transfer of goods as a stock transfer to negate the Central Sales Tax (CST) incidence on inter-state sales as a sale to one’s own warehouse, under the aegis of declaration form F, is not a taxable event under the Central Sales Tax Act, 1956. Such stock transfers are completed through intra-state sales from the state warehouse to the customer. However, once GST is implemented, India will become a common market without any differentiation between inter-state and intra-state sales, thus ensuring a cumulative tax incidence with both the transactions being taxed equally (barring the temporary additional 1% tax on inter-state sales). Thus, the multiple warehouse strategy will be ineffective in reducing the inter-state tax incidence.

Thus, this tax reform could initiate a shift from multiple small warehouses to a large central warehouse in order to mitigate the additional administration cost of operating multiple warehouses. Over time, logistics companies may have to adapt to this evolved warehousing pattern followed by manufacturers/traders and re-engineer their services to be concentrated around major metropolises/areas such as Mumbai, National Capital Region (NCR), Kolkata and Chennai, where the central warehouses of the majority of companies may be situated. This will also shift the pattern of supply assignments, supplier channels and lead to a change in transport routes for logistics companies, accordingly.

Most logistics companies operate in several models, which include a direct ‘End to End Supply Model’, ‘Warehouse + Supply Model’ and ‘Manufacturing + Storage + Supply Model’. All of these models include the supply of goods (being the primary objective of the industry). With the rollout of GST, the taxable event under the GST regime will be the mere ‘supply’ of goods and services, as compared to the current taxable event being either manufacture, sale of goods or provision of service. A cursory reading of the GST Bill indicates that every supply of goods from Point C to Point D could be taxed under GST as it can be construed as supply. Thus, for instance, the service of warehousing acting as a checkpoint between Point C and Point D for temporary storage may be a taxable event under GST.

Although the GST Bill has not finalised the detailed definition of supply, the proposed GST Act is expected to expressly identify the services of the logistics industry and exclude them from the term ‘supply of goods’. Also, a classification to clearly differentiate between the ‘activity of providing services’ and ‘activity of supplying of goods’ would be welcome.

State-border checkpoints, which are tasked with material scrutiny and location-based tax compliance, negatively impact the overall production and logistics time and account for roughly 60% of a truck’s transit time. These unproductive transit hours coupled with regulatory impediments reduce the efficiency of Indian manufacturers compared to their international counterparts. Having a unified market under the new GST regime would assist the smooth flow of goods within the country. Although border checkpoints may not be done away with immediately (as suggested in the First Discussion Paper on GST in 2009), reduced compliance scrutiny at these checkpoints will reduce transport hassles. This change will enable logistics companies to deliver goods more efficiently and optimise delivery times as compared to the present. The reduction in delivery time would also lead to a reduction in distribution costs by 10-15%, thereby lowering the final price of the goods.

GST has the potential to accelerate growth in the logistics industry. However, its complete impact can only be understood after the announcement of the draft GST Law and Rules. As rightly put forth by industry pundits, many contentious issues remain, such as the clear definition of supply, supply chain management through warehouse engineering, credit allowance during the transition phase, classification of goods and services under GST, etc. Answers to these issues must be sought at the earliest. With GST’s imminent implementation, the logistics industry should start exploring different supply chain models with their clients and at the same time develop a completely synchronised ERP accounting system to support inventory supply management as required under the GST regime. Nevertheless, GST is still the change the logistics industry is eagerly awaiting as overall, the positive impact of GST far outweighs the disadvantages for this industry.