On GST road, Check- posts will not go away 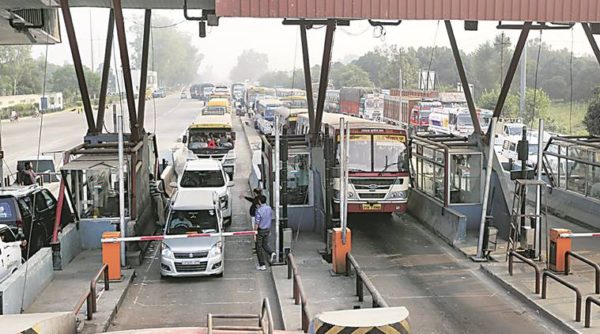 On GST road, Check- posts will not go away : The ‘One Nation One Tax’ slogan isn’t just about uniform rate, it is also about removing check posts at borders, which often clog traffic for hours, delaying shipment of goods.

While several states have been proactive in removing check posts voluntarily, many more are expected to dispense with the posts for commercial taxes today when the goods and services tax (GST) kicks in. The Bihar cabinet has directed the authorities to stop checking of vehicles by commercial taxes department at six integrated border check posts and Madhya Pradesh too will do away with them. Similarly, Karnataka CM Siddaramaiah has announced in the assembly that check posts will have no place in the GST regime but he did not specify the date.

What is, however, eye catching is that several states – from the “progressive ones” such as Gujarat, Maharashtra, Haryana, Rajasthan and Chattisgarh to UP, West Bengal and Odisha have done away with check posts.
UP was among the first ones dismantle its check posts in August 2008, while Bengal did so three years ago and Gujarat two years ago under Anandiben Patel.

But will this make life simple for truckers?

“Check- posts will not go away per se. Rather, checking of vehicles by only commercial taxes department officials would be stopped in adherence to rollout of GST,” said a Bihar government officer. In Karnataka, the role of the physical verification centres will be to stop trucks and verify if the goods are as declared on the GSTN web portal.

Check posts virtually did the same job and officers suggested this system will continue till the replacement in the form of Electronic Way Bills takes off.

Among those who have done away with the border, UP has a similar system in the form of the mobile or flying squads, whose number has only gone up – and they play havoc at night. As anyone driving into Noida from Delhi can tell you, there are lathi-wielding inspectors and employees from the commercial tax department, who often erect barricades and stop almost every commercial vehicle, often throwing the stick (quite literally).

During the day, they are a little more selective. And, this has not changed despite change of administration. So, in case of several states, check posts have been removed, only on paper.